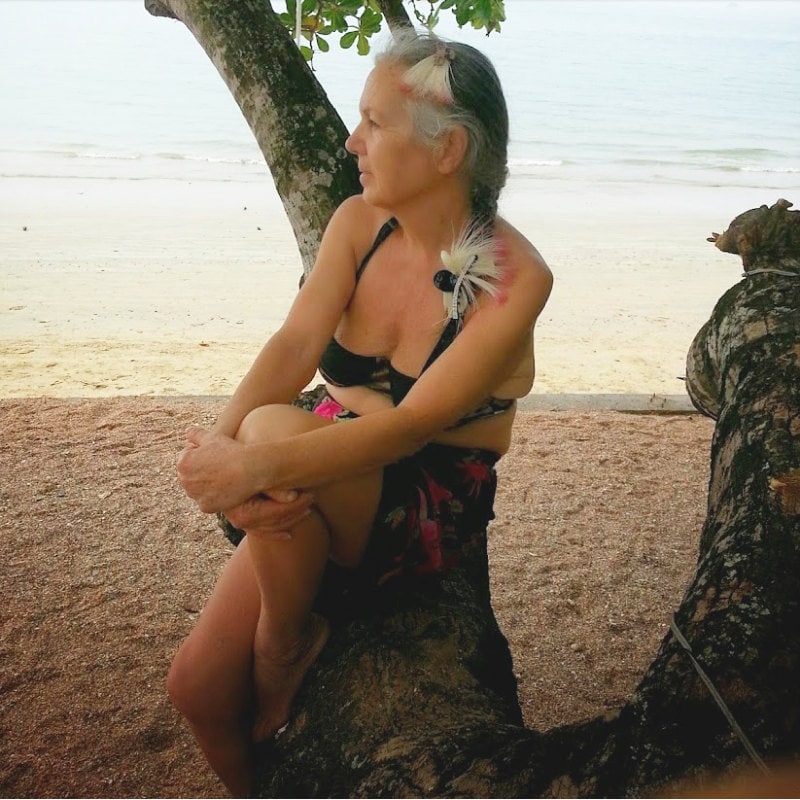 A painter, a poet, a screen-player, a story teller who writes fascinating stories and legends taking place over a magical wood, up to an hill, Montecchio. About legends of witches, the "moon children" celebrated in a dance that she organized recently to open the "Literal and esotheric wood".

Let's listen to her biography and to her esotheric stories. You're going to be ipnotized by her narrative style.

"My name is Pier Isa della Rupe. I was born in 1944, the war was going on. I was  living in the antique heart of Bagnaia (Viterbo), a bomb fell down so close to my house. I grew up with that ruin in front of my eyes. As I was 6 years old I began to go to school, there was nothing during that time, and help me to say....Nothing. I was still a child, together with the other little girls of the village we went to work in a tailoring. I met my boyfriend at 15, and for us, girls of the village, there was only one way to escape from that prison-laboratory and that was to get married.

So I was dreaming to be a soldier, and I just got married at 20.

I've been always a"strange woman", they used to say.

As I got married, I started to paint, and painting, painting, together with my husband, we opened an art gallery, the first one in Viterbo, in the 60s.

I used to paint, to write poets, to take care of the gallery, the house, and the kids, but I've never been a soldier -you know what I mean. Anyway I met Socrate, Leonardo, Plato and many others who are always staying with me"

About the Witches of Montecchio

"At the age of 40, writing comedies in dialect, listening to the stories of the old ladies in my village, I met the Witches of Montecchio. With them my life changed, I left everything to climb the Sacred Mountain, where I've found, time after time, the ancient finds told by the legend, that nobody else was suspected about. There were tombs, the throne of the Queen Isotta, mother of all the beautiful Moon Children, and there was the Rock of Fertility: a Yoni that is possible to trace only following the stars."

"In a summer night, while I was observing the woods illuminated only by the fireflies, the moon suddenly came up behind the hill and became giant in a few instants, instants in which you can see many things. Watching her, I started to write tales over the fantastic creatures from the legends of that little, misterious mountain, the last of the Cimini mountains chain. Even if I was never gone to the sacred land yet,I was noticing a certain fascination, specially because the old wise men of my village called the giant and flying creatures of the wood "witches". There was a sort of collective memory in me, which gave me the power to remember things from the past.

In that Augustus night, I let the moon growing up inside of me, until it became so big to touch her. Now I can't remeber if I touched her for real or not, but this is what I wrote that night: "The witches are dancing on Montecchio..." Maybe in that magic moments I saw the virgins of the woods dancing. A thousand time I used to hear their songs, the sound of the sacred drums, but in that moments...Yes! I saw them! They were sleaping from my deep sleep: even in the stormy night, when the rain was falling down my roof, I used to wake up and from my bed I heared them whispering, laughing, they were escaping from the dark and coming again the following day, in the water of the river. But everything was so fast that I could not catch the imagines in my mind.But the sentence that I wrote that night has accompained me for a long time."

"Montecchio is a small mountain. The village was built behind its shoulder. Maybe this fact offended the witches of the hill, and Malassunta wanted to revenge. The witches were so beautiful, but Malassunta was the most beautiful, the strongest but also she was so cruel that the people used to call her the Nameless. She was the one who used to fly on Friday, laughing up to the hill, shaking the branches so strong that everybody could hear her like with fear.

Malassunta and her sisters were living on the Sacred land of Montecchio, in a place up to the hills where there are no trees but circles of rocks, where during the nights the witches used to burn the fire, to raise their hair, singing a sweatest song and dancing all night long. From the castle to the village, people could hear the songs and nobody could sleep. The wind brought the smell of the smoke. Dazed the men, they opened the doors, closed by their gelous women, and walking or riding horses, they reached the hill. The day after, they came back so tired, telling about Malassunta who was riding upset, linked to the horse's tail. Brunette, with reddish hair, only wearing her hair, transforming herself in a snake... "

"One day, following the legend, I came inside the most misterious path of the Sacred Month of Montecchio. The emotion was almost killing me when, up to the hill, I found the Fertility Rock, the Isotta's throne, the brazier and other rocks, tombs and caves, everything the same as in the stories, everything still there. Yesterday I went up to the witches square, after a long time. Hot ash was still in the brazier, remnant of a recent fire. I looked for the castle with my eyes, I unleshed my hair and I started to sing, dancing slowly. From the brazier a thin smoke came up.... 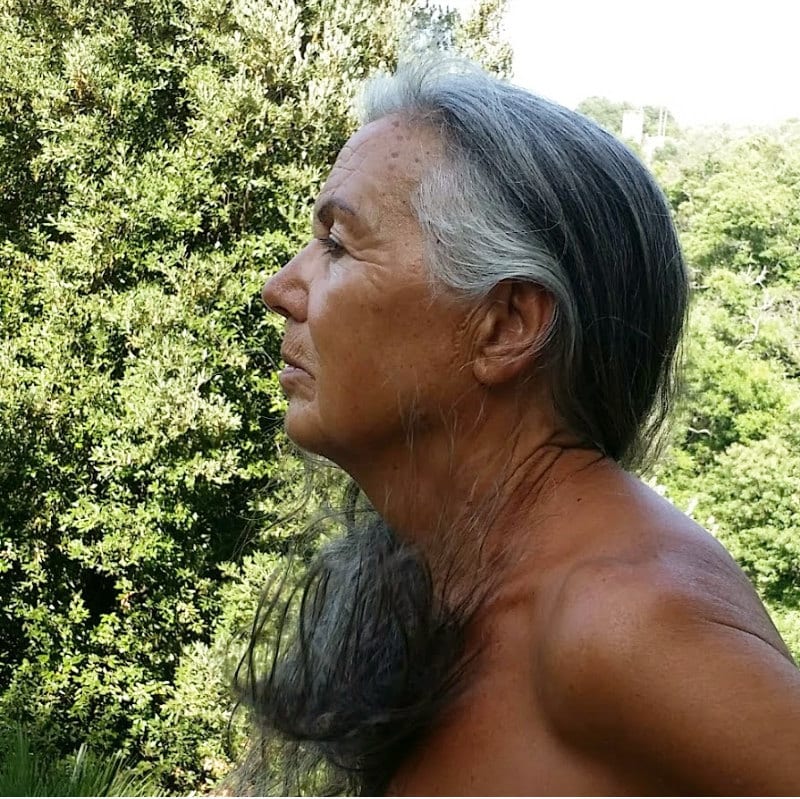 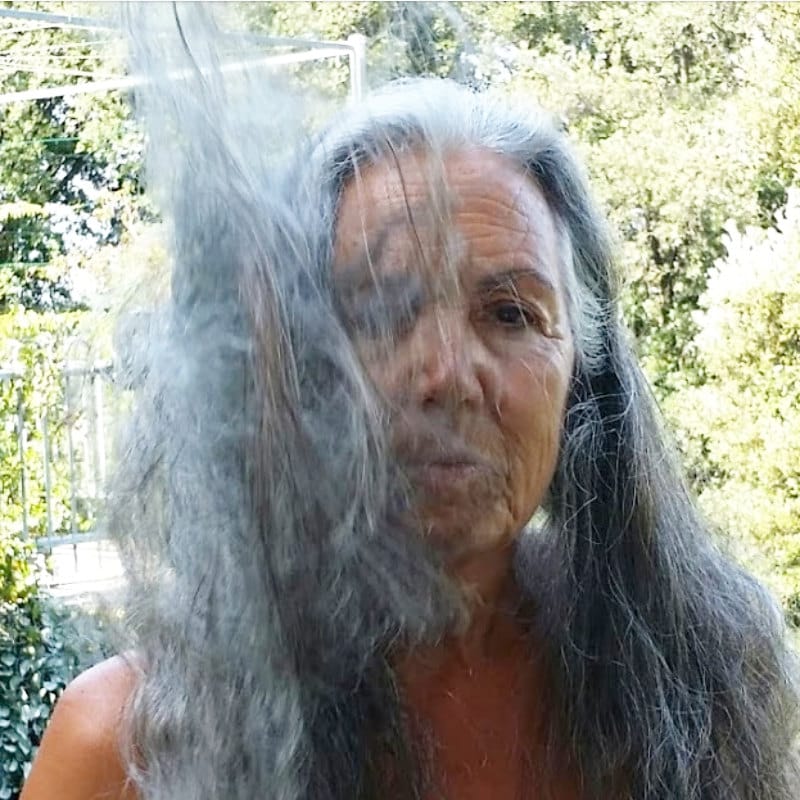 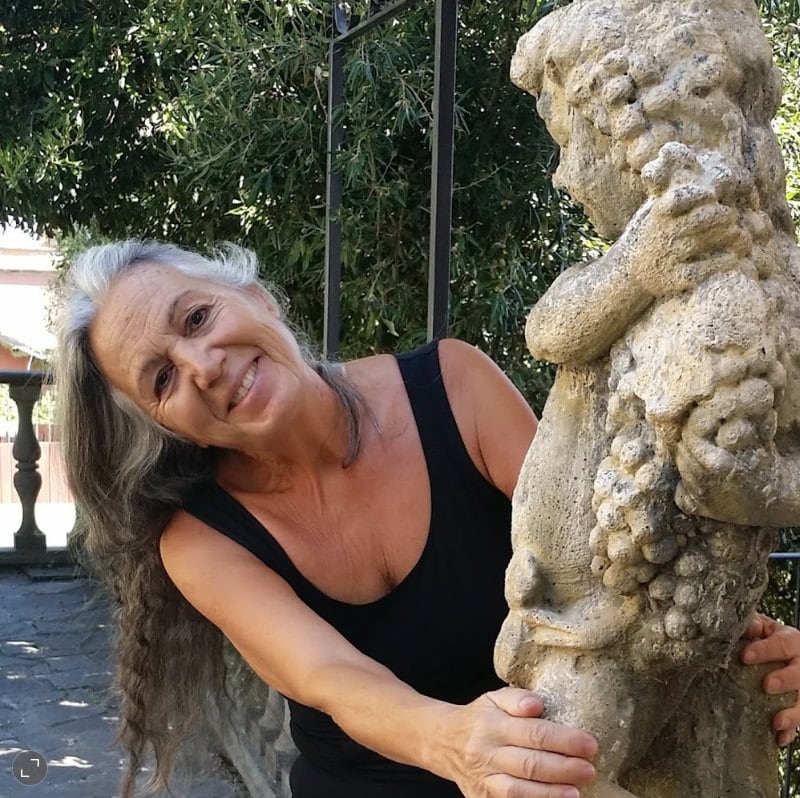 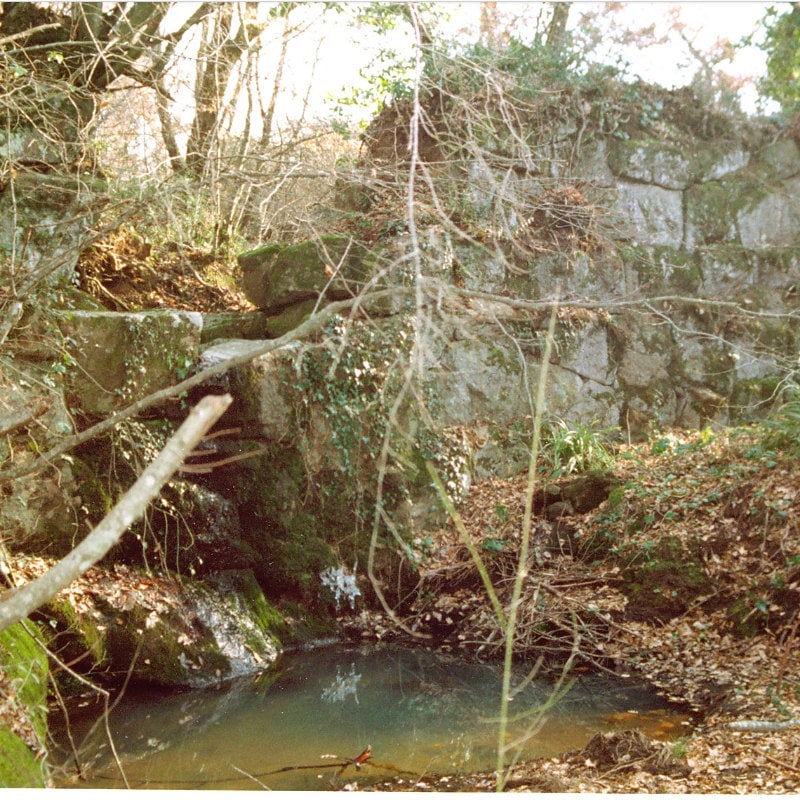 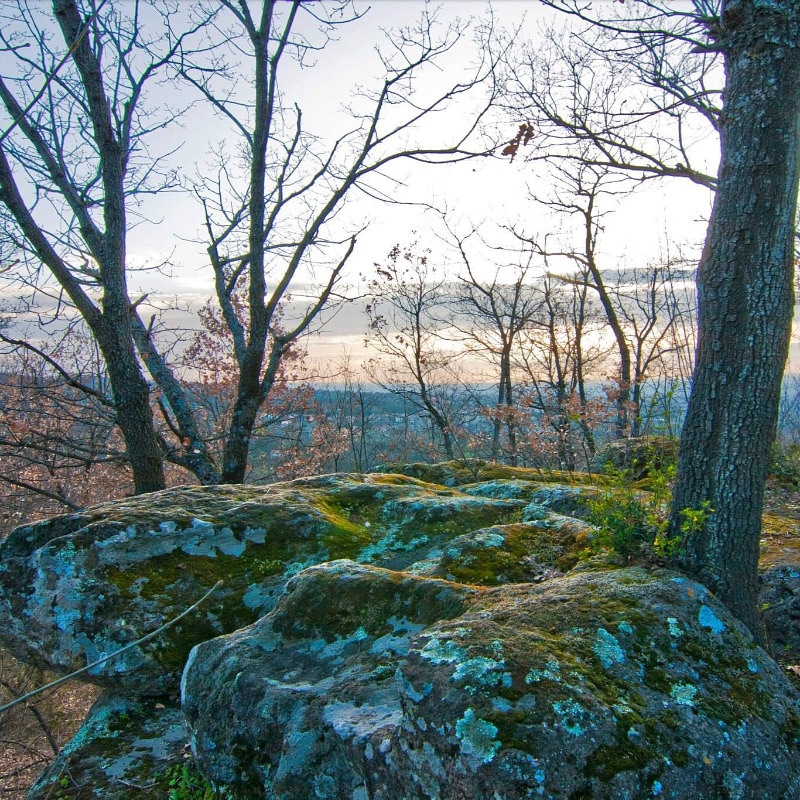 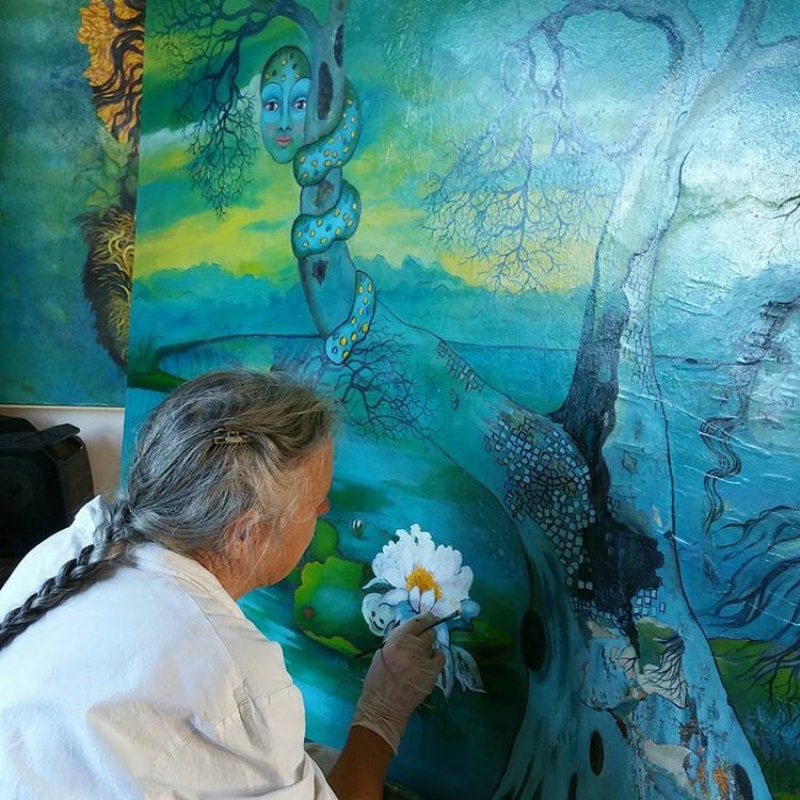 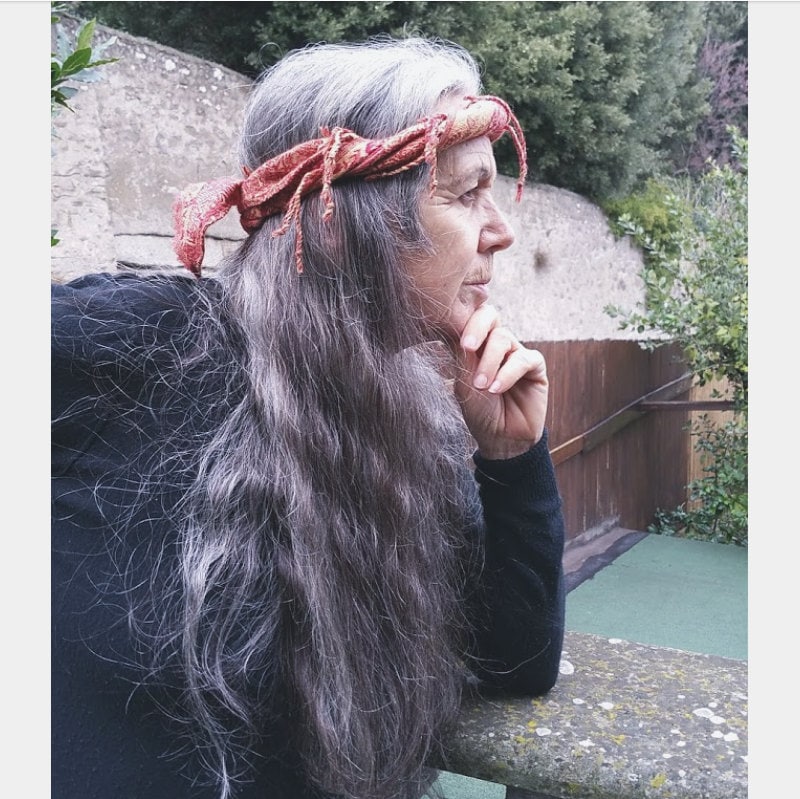 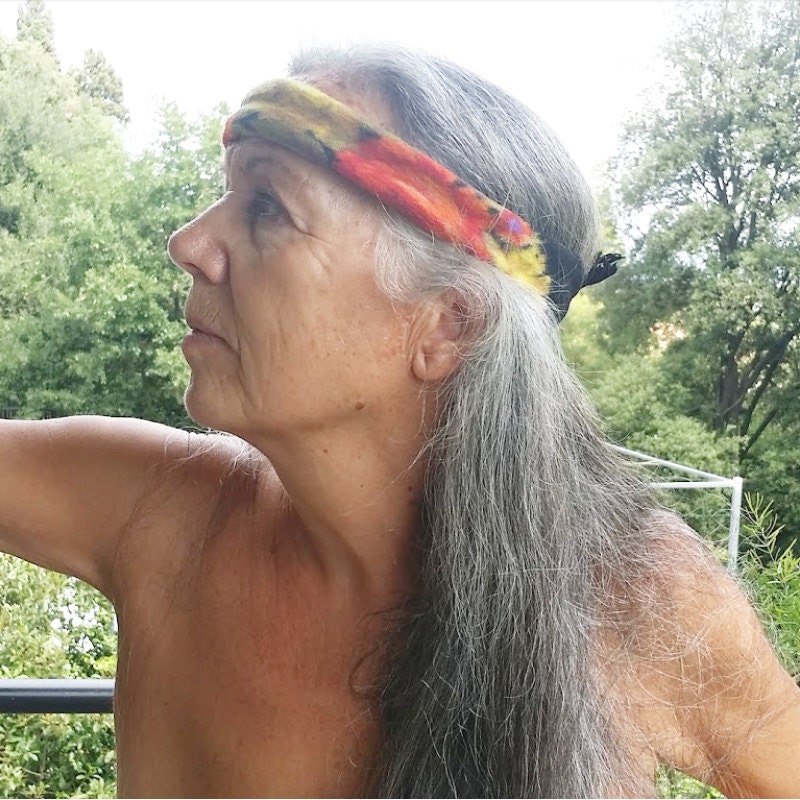 Previous Post The R&V bohemian tops
Next Post Muse of the Week: Colleen
0 items in your cart